DLA CENTCOM & SOCOM at MacDill Air Force Base, Florida is the agency’s primary liaison to U.S. Central Command and U.S. Special Operations Command, providing a unified DLA interface for warfighters throughout the area of responsibility.

There are about 100 existing regular customers in the CENTCOM Region at this time which includes the Army, Navy, Air Force, Marine Corps, federal civilian agencies as well as LOGCAP V Contractors operating in CENTCOM.

DLA Troop Support issued a solicitation for Tailored Logistics Support (TLS) Vendor support for Maintenance, Repair, and Operation (MRO) supplies in the CENTCOM Region of the United States. This procurement is been solicited unrestricted. A multiple award TLS Vendor Indefinite Delivery/Indefinite Quantity (IDIQ) contract was awarded. The resultant contract (s) have a three-year base and two one-year option periods. This procurement entails Customer Direct Deliveries to locations throughout the CENTCOM Region.

The acquisition is estimated at approximately $50 million per year, with a total contract maximum value of $500 million.

All items are commercial and identified by a manufacturer’s part number and/or commercial item description.

Proposals were evaluated using Best Value Tradeoff Source Selection procedures with the non-price factors being significantly more important than price. Pricing was based on firm-fixed Acquisition Ceiling Prices for a Price Evaluation List of 100 items for the three year base period and two, one-year option pricing periods. The Government intended to make a maximum of five awards, and eventually made four awards.

Solicitation in a Nutshell

Because of factors such as the geographical area, the types and variety of supplies, the volatile characteristics of the region, there were a handful of competitors in this solicitation. However, the competition was very tough. All companies had long years of presence in the CENTCOM region with local resources, and vast experience working with the US military in that area.

Another challenge was determining the price for the large selection of products that DLA required in this contract. The volatility of the environment, variety of cultures and local resources, the difficulty of finding reliable support services such as transportation, all made prediction of prices very difficult. This posed a challenge for even the companies with ground presence and local resources with whom they worked for years.

DLA Troop Support in the CENTCOM region required an established supply chain system that the military could be assured of over 95% delivery rate. Because of changing conditions on the ground in the CENTCOM area countries, proving dependability of a company to deliver vital support to US bases was another challenge that the offeror had to face in this competition. 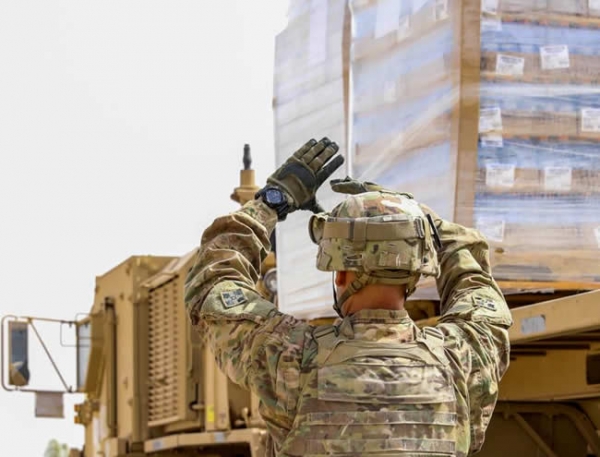 How GDIC Prepared a Winning Proposal

Our client came to us to when this opportunity was in the pre-solicitation stage requesting capture management and proposal development services. To begin with, we had several meetings with our client that involved capability assessment and contract requirements analysis. After those meetings, we developed a comprehensive capture and proposal development plan with the single goal of winning one of the contracts for our client in this multiple-award solicitation. Our plan consisted of the below components:

In this component, we worked with our client, developed questions for the CO, and extensively researched and evaluated the previous similar contracts, performance reports of previous contract holders, etc. The final deliverable was an analysis report that served as a launch pad for our future efforts.

The strong competition in this opportunity called for a deep and comprehensive analysis of the competitors. That called for GDIC’s Opportunity-Specific Competitor Intelligence services, which we started from day one. On the basis of the competitive data that we gathered, we created a graph database connecting all the important factors that had an impact on winning or losing, on the basis of which the competitors were ranked. Finally, we performed a SWOT analysis and created a Competitor Analysis Matrix.

Before every battle, each side performs maneuvers in order to assess own capabilities against the enemy. In preparing a winning proposal, it is vital to know or predict to a high degree of correctness what your competitors will offer in terms of solution, past performance, capabilities, timing and pricing. For this opportunity, we conducted a Black Hat session for our client. This session was developed based on the results of the previous component (competitor intelligence & analysis), and hiring former employees of the competitor companies. We also brought into the group a SME of the government side: a former DLA officer with experience handling contracts with similar scope and complexity.

The result of this session was unexpectedly rich a fruitful for our client. They could actually sit in place of the government evaluation team, and assess the merits and shortcomings of each offeror’s proposal. It provided a boost to our efforts in developing the winning proposal.

As stated before, another major challenge in this solicitation was pricing. Our client required a complete PTW analysis on the many supply items requested by the government. For this, our PTW team conducted a comprehensive research of the items prices in the region and those sold to the government by the competitors. We also went through the standard PTW process, researching the in detail the Key Pricing Factors. Among these factors, the project-specific constraints had a more significant impact on the win price in this solicitation compared to other bids. This called for a higher level of effort to gather data and extract insight from that data to help GDIC pricing experts to make the right decisions. On the other hand, gathering data on the pricing regime of the competitors was very difficult, as they sold only to the government through federal contracts, and never posted their prices in a publicly accessible resource.

Based on our expertise, and close collaboration with the client, which enabled GDIC to use their valuable resources, we were able to estimate the win price, which proved to right on target.

The proposal for DLA MRO CENTCOM solicitation consisted of four volumes. Starting with the results of its activities in the pre-solicitation and capture stage, GDIC developed the proposal for DLA MRO CENTCOM solicitation with an enhanced and expanded Compliance Matrix and a comprehensive review of the client’s capabilities. Matching those capabilities with the solicitation requirements in an enhanced Compliance Matrix pointed our team in the right direction. We know from experience that there are much more than what comes to eye, even after our initial research and investigation in the capture stage. This was predictable in the case of this particular client, as they had a vast and varied network of local and international suppliers, subcontractors, facilitators and delivery agents. They also enjoyed many years of supplying to the military in this and other volatile environments. To gather all this data and present it in a unified way with the other components of the proposal was what GDIC proposal team did. We filled every gap, turned advantages into win factors, and balanced disadvantages with other advantages. The final product went beyond our client’s expectations.

Color team reviews played a key role in developing the winning proposal. The pink team review helped our proposal team organize the many different parts of the proposal and input the available data in a consistent manner, while enabling us to satisfy the overall compliance matrix.  But the decisive review stage was the Red Team Review. The input from the SME from DLA was critical in completing a quality proposal that responded to every requirement in the best possible manner.

After the client submitted the proposal, GDIC continued to support its client by responding to enquirers by the contracting officer during their evaluation. After our client’s proposal was short listed, GDIC’s head of capture management division and the proposal team lead participated in the interviews that the government conducted with our client, and presented parts of the proposal orally in the interview sessions.

Government announced the contract awardees on October 9, 2019. Our client was among the awardees. GDIC summed up the several-months long engagement with its client in this solicitation, and extracted lessons learned and new directives for winning future proposals. 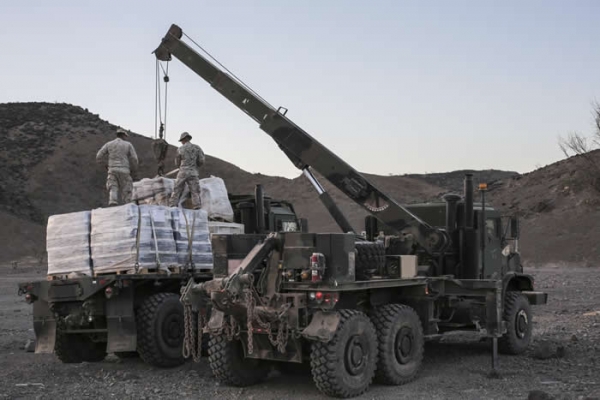 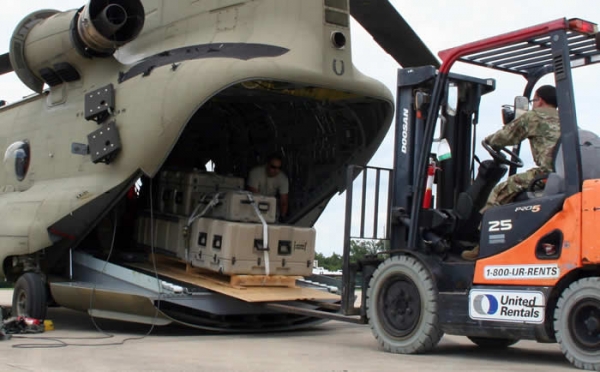 See how we can help you to prepare a winning proposal 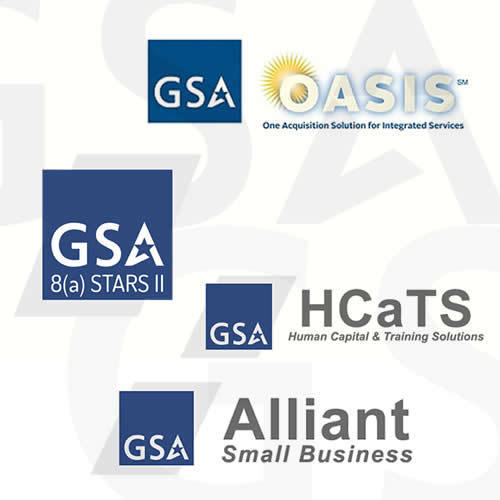 General Services Administration is a major source of US government business opportunities in all sectors of industry. In recent years, GSA has been using more of the new contracting vehicle and solicitation evaluation framework called Self-Scoring Proposals rather than  from the traditional proposals mainly consisting of Management, Technical and Pricing section. By getting the contractors involved in the scoring process so that they become better aware of their strengths and weaknesses, GSA hopes that the outcome of this process is higher quality and better managed contracts at lower costs to the government. However, the new system has its complexities, and very few contractors can take advantage of the full potential of these solicitations to secure contracts.

GDI Consulting has been working on GSA proposals for years, and is an expert in Self-Scoring contract vehicles, both from GSA (e.g. OASIS, Alliant, STARS II, and HCaTS) and other agencies (e.g. SEC OneIT) with over 50 proposal completed and many wins. We provide consultation, full proposal development, and also proposal review services at different stages of its development. So, whenever you decide to enter into a Self-Scoring federal bid, let our vast experience bring out the best of your corporate assets and professional capabilities and support you in winning your desired contract.

Make An Appointment
Go to Top